A few months ago, the Girl Scouts of America (GSUSA) found themselves in the midst of a unique controversy. A Denver, Colorado troop initially refused to let 7-year-old Bobby Montoya join their ranks. Montoya, who identifies as female, was denied entry to the troop when Felisha Archuleta, Bobby’s mother, first approached them. After protests from Archuleta, and some media coverage, the Colorado Girl Scouts of America ended up welcoming Bobby into the scouts, and released a statement through GLAAD, clarifying the organizations policy,

“Girl Scouts is an inclusive organization and we accept all girls in Kindergarten through 12th grade as members. […]If a child identifies as a girl and the child’s family presents her as a girl, Girl Scouts of Colorado welcomes her as a Girl Scout.”

However, not everyone associated with the scouts agreed with this message of inclusivity. Just last month, three troops in Louisiana have disbanded over this policy when their troop leaders resigned from their positions. One of the former troop leaders, Susan Bryant-Snure, claimed that the message from the GSUSA is “extremely confusing,” and that it “goes against what we (Northlake Christian School) believe.” 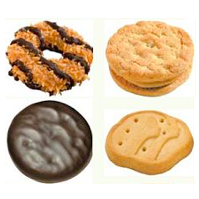 In addition to disbanding some troops, thereby not allowing any girl in these areas the opportunity to join the scouts, some parents are calling on a cookie boycott to protest the GSUSA’s inclusion of transgender girls into their organization. With a video quickly going viral, a 14-year-old girl, identified as Taylor from California, speaks on behalf of the group, Honest Girl Scouts, and is calling for a boycott of Girl Scout cookies.

Not only is this video filled with inaccuracies about being transgender, but it does not seem to be espousing any of the Girl Scout values that I learned as a young scout. Compassion, diversity, education, and tolerance were all values that I, and my fellow troop members, held dear. In fact, part of the Girl Scout mission includes the following, “Girl Scouting helps girls develop their full individual potential; relate to others with increasing understanding, skill, and respect.”

To call for a boycott of cookies based on a decision to become more inclusive on the part of the GSUSA seems to go against everything the organization actually stands for.

I spoke with Peggy Orenstein, author of Cinderella Ate My Daughter, a book that takes a look at modern girlhood. Orenstein weighed in on the current Girl Scout issue.

“If you start regulating what is a “girl” and what it is not, you quickly devolve into something really ugly. Think about the controversy over Caster Semenya, the South African runner whose sex was called into question because she was “too fast” for a girl. That was shameful. But what’s next? Should a girl born with no uterus be barred from Scouting? What about one with no ovaries? Should we test chromosomes to make sure there are no girls with Turner’s syndrome (meaning they have only one X chromosome)? What about girls who are chromosomally male but appear (and identify as) totally female because they don’t respond to their male hormones? Obviously, this particular issue affects few girls; the radical Right is using it to create a sex panic, to further its own agenda of intolerance and homophobia. By picking on little girls with cookies. That is so sad.” 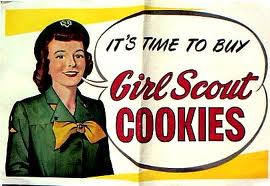 For the most part, the video has ended up having the opposite affect. Instead of encouraging people to participate in the boycott, it has actually spurred many more folks to support the GSUSA by buying more cookies this year. Crystal Harvey, a mother of two young girls from Massachusetts, shares her reaction to the video, “I honestly feel really sorry for that girl, that she’s been raised so bigoted and small minded. But on the other hand, I now have a really good reason to buy their cookies!!”

I know for a fact that I, too, will be doubling my order of Thin Mints this year in support of a national organization that welcomes, supports, and empowers all girls.

2 thoughts on “Scouting A New Path”