65 years ago today, there was a wedding.

They married in Germany on February 2nd, 1947 after having met almost a year before at a U.S. based hospital outside of Munich. They brought with them rich histories filled with traditions, love, and unspeakable horrors. She had survived the war living in bunkers underground, and in the barns and homes of righteous gentiles. He made his way through a handful of concentration camps, finally being liberated from Dachau, black numbers forever etched into his skin.

They both had suffered great loss, but once they met, they fell in love, and began building a new life…together.

Moving to a small apartment in Munich, Germany, they immediately fell into their new life. He drove an ambulance, and she learned to make hats. She soon became pregnant with their first child, a daughter. They lived in Munich for a bit longer before making the move to the states. Their remaining family had been dispersed, some traveled along with them to America, while others moved to Israel. They were young, but they had each other and their small family. They arrived in the U.S. in 1949. He was a factory worker while, on paper, she became a housewife. 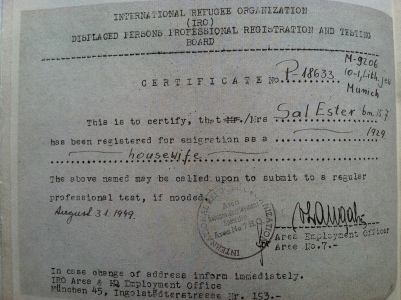 …I don’t think she ever had to submit to an actual professional test. But if she had to, she would have passed with flying colors. 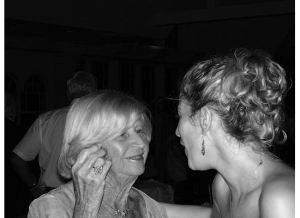 The years passed and each one brought about some change. A son was born. They had a large farm of their own, raising chickens and cows. They owned a grocery store. They made dresses in a factory (where a young Diane Von Furstenberg was one of their clients). They owned their own clothing store. They watched as their children grew up, went off to school, and got married. Their daughter had her own children. They became snow birds down in Florida, and eventually moved there permanently. They watched their granddaughter get married. They arrived only days after their first great-grandkid was born, and proceeded to pour their love into him. 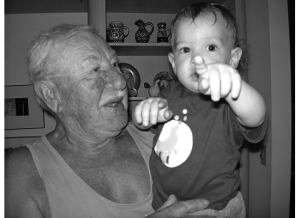 Through their years together they loved not only each other with a quiet fierceness, but those around them as well. Their family, friends, and loved ones all saw bits and pieces of their love story as they aged.

Late summer of 2010 brought a pause in their story. After dealing with some illness, he passed away. Yet, their love remains, and she lives each day comforted by her many memories. Despite him being gone, today is still their 65th wedding anniversary, and is a day to truly celebrate. For their story is an everlasting story…